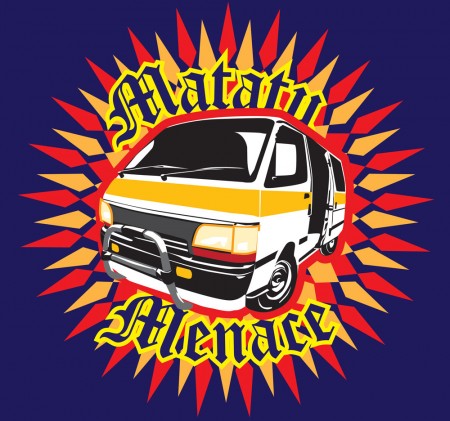 The day was going well until my near brush with death.  After that it was great cause I was still breathing and walking.

I was meeting a friend for coffee up the road, so I jumped a small bus, a Matatu.  Traffic was hectic.  For some reason, over the past few weeks, traffic has gone from bad to worse.  Some of it has to do with rain, but the other percentage, a large percentage, is from drivers flouting traffic rules.  Which is bold considering all the new traffic rules that were imposed earlier this year with massive fines and other consequences.

The driver of this fine vehicle was very enthusiastic to get through the slowly crawling snarl up of vehicles.  So enthusiastic, that he overshot my stop.  Fortunately, at least that is what I thought, we got stuck in a line of vehicles that were not progressing any distance.  So they let me out of the bus.

The biggest problem with getting out of the bus, other than my slightly illegal dismount before the next designated stop, was the fact that there was an other  matatu parked right next to ours and the space between the two vehicles was extremely tight.  Enough that I knew I could not squeeze my large body through the gaps.

Harsh words spewed out of my mouth for a minute or two and then I left that place and walked to have my coffee.